The Corgi Engine has been out for more than a year now, and it's already been downloaded by thousand of people, and a lot of games using it have already been released on Steam, the App Store, Google Play or other places. Here are some of them, as well as testimonials from people using it.

Built with the Corgi Engine

The asset comes packed with more than a dozen examples, in different game styles, handcrafted by More Mountains to act as examples of how you can build your own game. But the asset is also being used right now by tons of happy game developers, working on their own unique games. Here are just a few of them. Don't hesitate to send yours and we'll feature it here!

KUNAI is a quirky, fast-paced action adventure / metroidvania. You play as Tabby, a tablet who joins the fight against a robot uprising. Use your kunai and ninja parkour skills to stop Lemonkus, the A.I.-gone-evil that almost wiped out all human life. You can get it on Steam, GoG, or on Switch.

Ultimate Action Hero Ultimate Action Hero takes you to a world of blockbuster action movies. You're a stuntman and your new job is to double for a famous actor who doesn't do his own stunts... The game is coming out soon and you can watch a trailer on youtube.

Ready Set Goat is a hectic, non-stop, action-packed mobile game! Creeps are causing trouble in the mountain goat's serene home. Send them back to where they came from! Ready Set Goat is a one-button platformer with retro roots, sure to be a fun and addictive challenge! It's available on the App Store and on Google Play.

Octo Curse - Pirate Quest has you exploring the Seven Seas in search of legendary loot, tremendous treasure and bountiful booty, your merry band of pirates happened upon a mysterious octopus-shaped island. You can get it on the App Store and on Google Play. 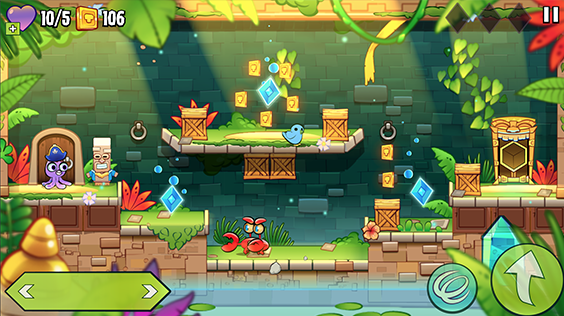 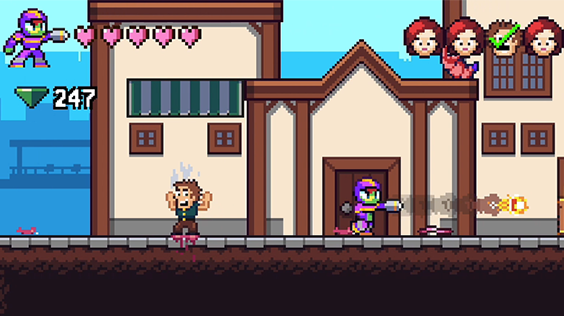 Mighty Aphid is a game that will let you run, shoot, swim, and fly. Explore huge levels. Fight big bosses. Earn upgrades. Relive the early days of 2D platform gaming with this modern action-adventure game. It's available on the App Store.

Cybercity Chronicles is a game where you play as Cybercity Security Department, available right now on Google Play and the App Store. 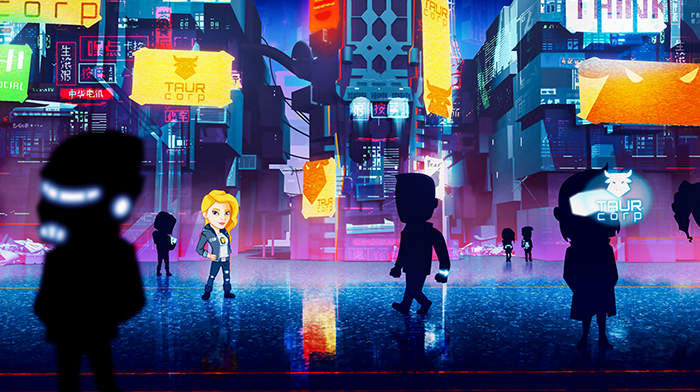 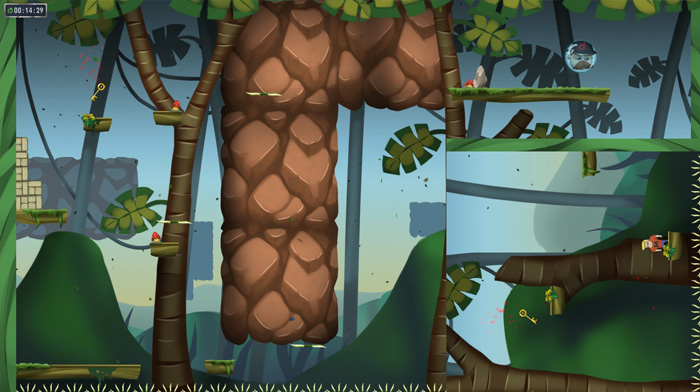 Swaps and Traps is a very inventive platformer where whole parts of the world swap, turn and flip to create a unique adventure. It's available on Steam.

Crazy Dreamz: Best Of is the first Steam platformer whose levels are built by its community. You can get it on Steam. 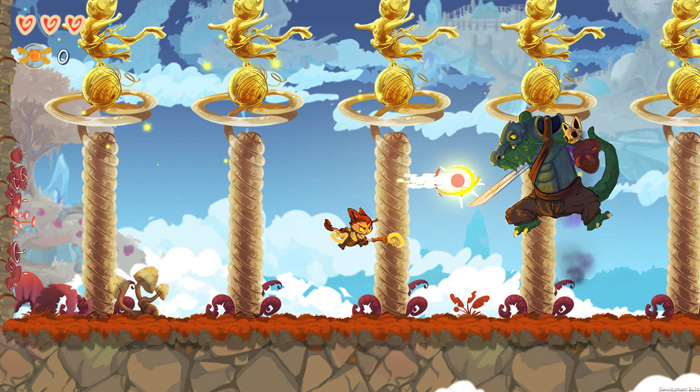 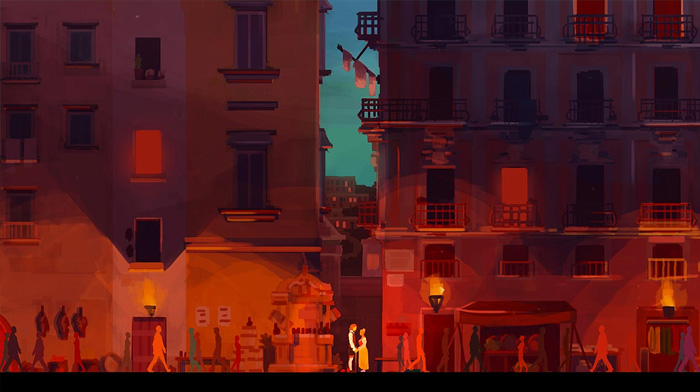 Father and Son is a truly beautiful, exciting and timeless journey between Naples, Pompeii and Ancient Egypt, spanning different historical periods. You can get it on the App Store, Google Play, and learn more about it on its website.

Pixel Dungeon is a game created by Ordnas and available on itch.io. 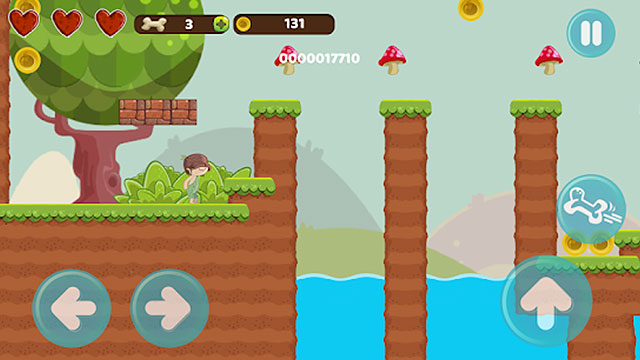 Adam World Adventure is a super adventure side scroll action platformer game. Adam wants to collect the crystals to lift the curse on his tribe. Jump, run and shoot enemies with a lots of action and fun; find secret areas and collect super trigger gems. The game is suitable for all ages.
Get it on Google Play.

Suppressed is a visual novel and 2D platform game that got greenlit and is now available on Steam.
Get it on Steam 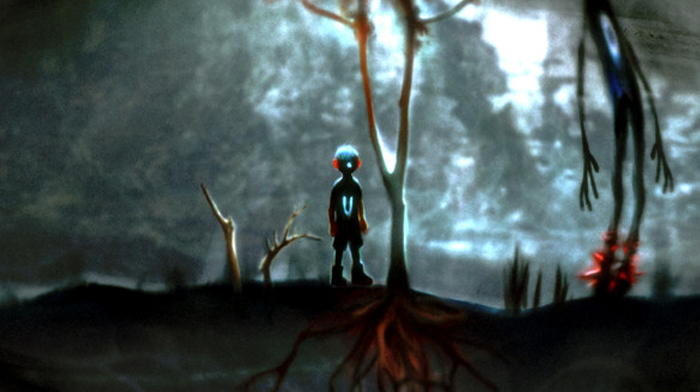 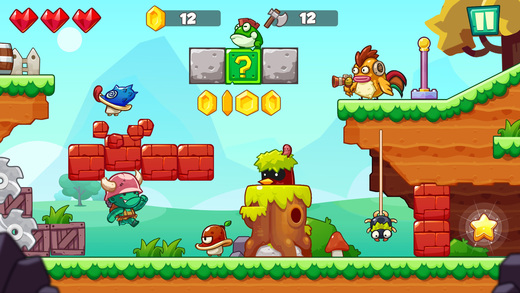 Jungle Adventures World is a super adventure of Zog, a jungle boy want to become a treasure hunter. One day, Zog found an ancient map in the warehouse of his grandfather, it leads to the super jungle world.
Get it on the App Store

The Adventures of Tacheman is a quirky platform adventure where you play as four awesomely moustached heroes to save the residents of Motropolis.
Get it on Google Play or on the App Store 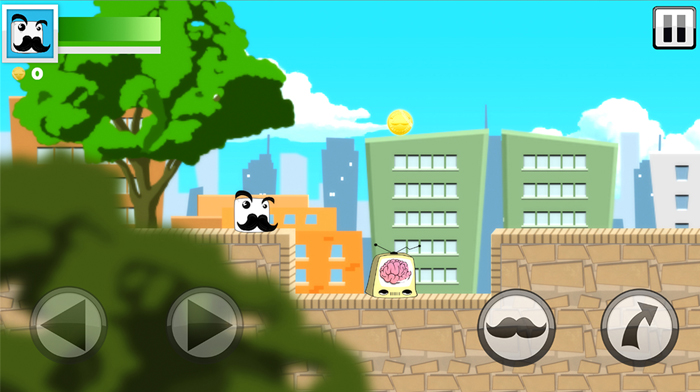 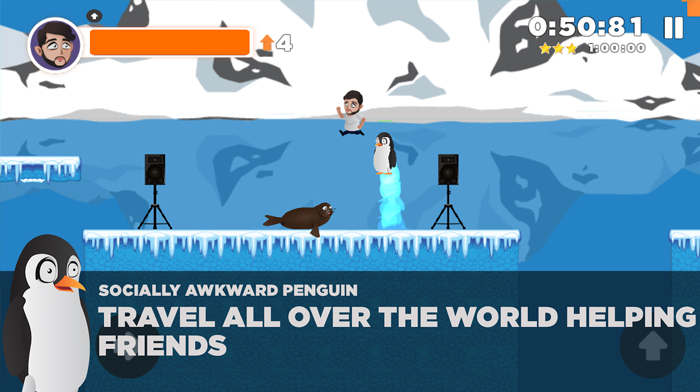 OP Delivers is a hilarious new take on the classic 2D puzzle games we grew up with. Shaped by internet culture, OP Delivers is as addicting as it is funny.
Get it on Google Play or on the App Store

Spacemite lets you play as a tiny bug-like character, a genetic cross between a human and a mite who has to save the world from a tiny alien invasion.
Get it on the App Store 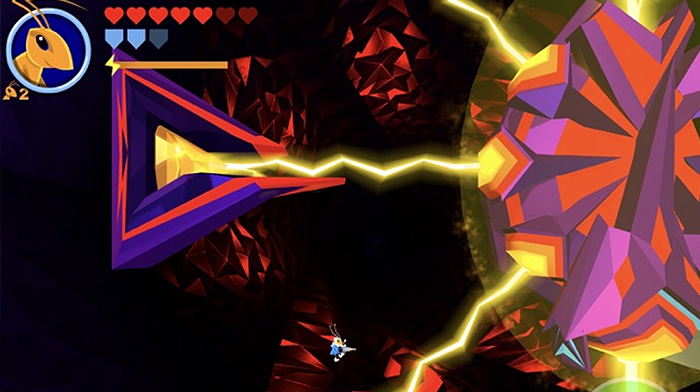 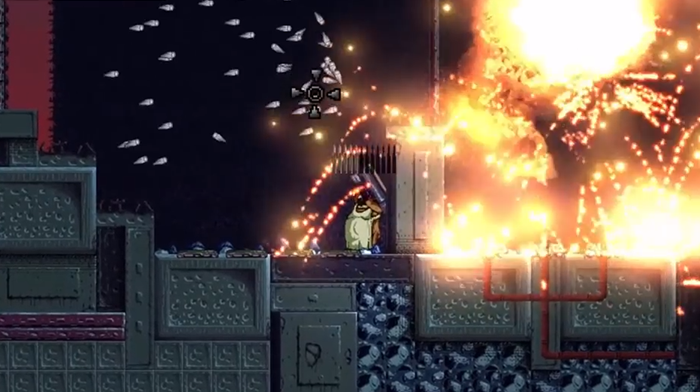 Atomic Butcher : Homo Metabolicus is a 2D platformer with 360° aiming. It is violent, it is fast, it is absolutely over the top.
Get it on Steam.

Run Run Little Pix ! is an 8-bit game where you will need rhythm! How far are you able to go? Several universe and game modes await you! Be as responsive as possible!
Get it on Google Play or on the App Store 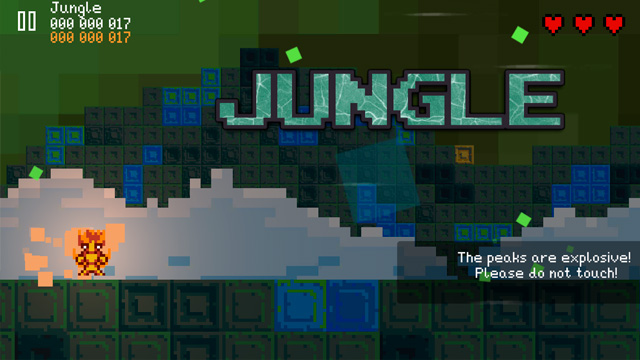 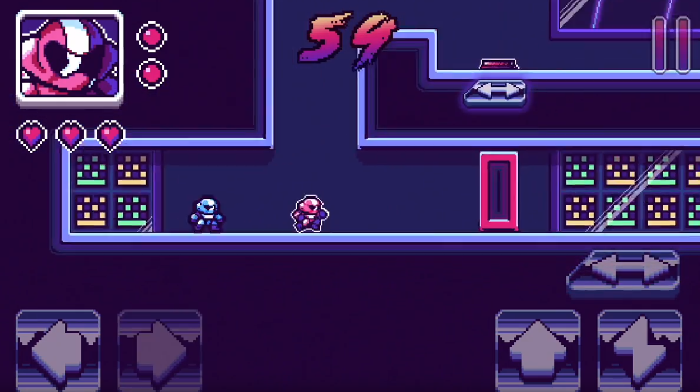 Synthwave Escape is a Retro Rhythm Puzzle Platformer game with an 80s inspired Synthwave Soundtrack & Aesthetic. Join Doc Grits' team of robots as they attempt to escape the Neon Bunker and defeat the heinously infamous Red Hawk.
Get it on the App Store or on Google Play.

Hats Secret Worlds is an adventure game for our hero "Hat", filled with secrets and surprises. Jump, run, climb; shoot enemies with a lots of action and fun, find secret areas and collect super trigger gems.
Get it on Google Play 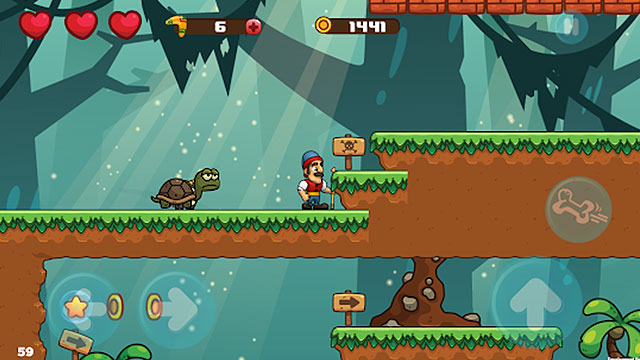 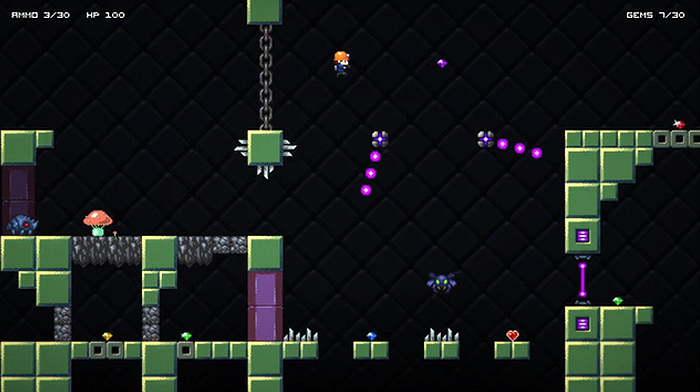 Xenocave is a mix of Mario, Ghosts & Goblins and Metroid, right now on Steam Greelight.
Check it out on Steam 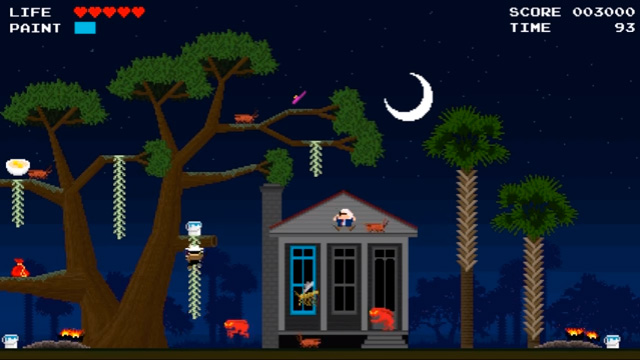 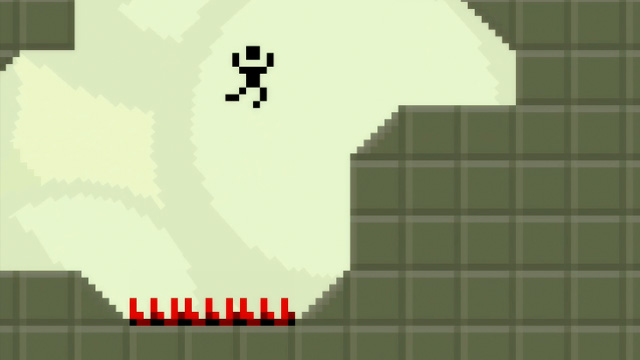 Pix is a small game created by PixelAfterPixel for the LowRezJam 2016.
You can get the game on itch.io

shape, LeSS is A game about a kid named LESS, who can shapeshift for a little amount of time to collect all the other atoms around to be able to survive and help his family.
The game was built in less than 72 hours for Ludum Dare 35 by medidog. You can play the game here 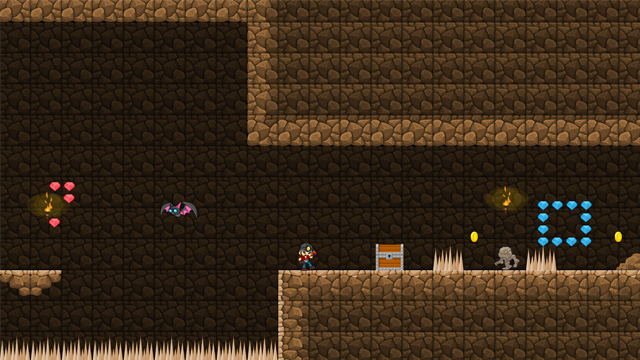 In Treasure Hunter you'll need to find keys to open chests and dig stones to find Crystals, use dynamite and axe to kill your enemies.
You can get the game on Google Play

Zac vs Zombies will have you fight evil hordes of zombie soldiers in this WW2 popcorn-shoot-em-up-jump-and-run! Battle through 32 levels packed with thrilling jump, run and shoot passages. You can get the game on Google Play 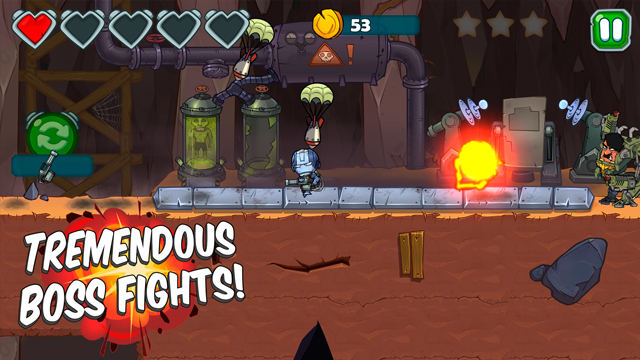 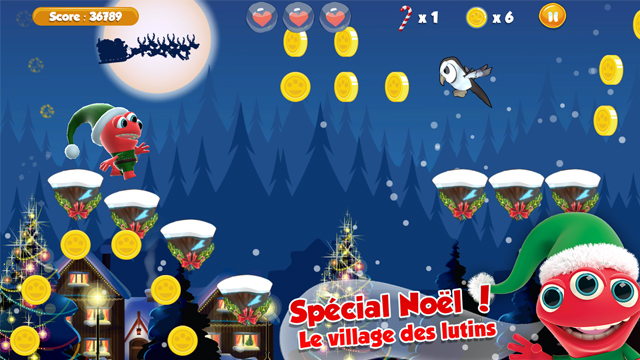 Go Mark's Run is a beautiful game by Da Viking Code, available on iOS and Android.
Get it on the AppStore or on Google Play, or watch the trailer on YouTube.

Atomic Cathode is a spooky retro platformer available in HTML5 on itch.io. 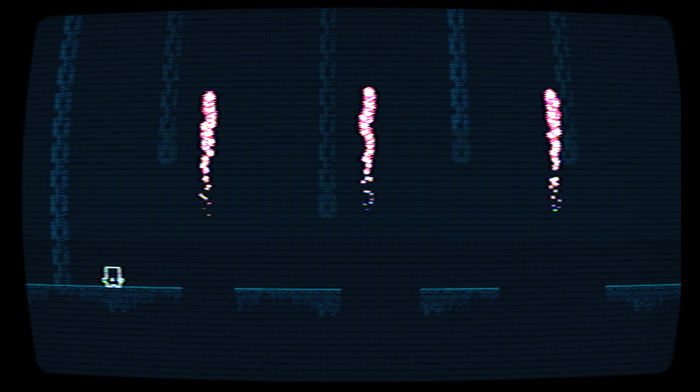 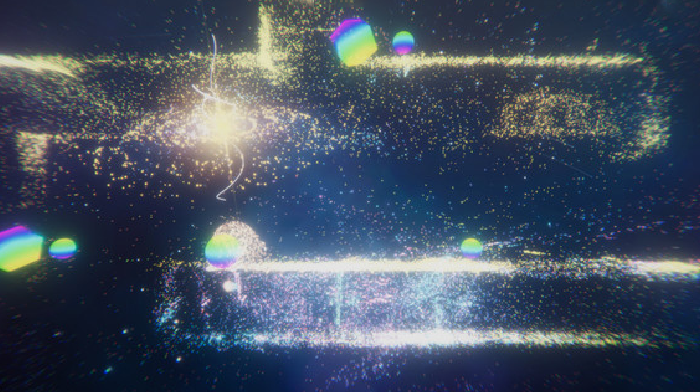 Sparticles is a 2.5D platformer that uses beautiful colored particles to discover your environment.
Get it on Steam. 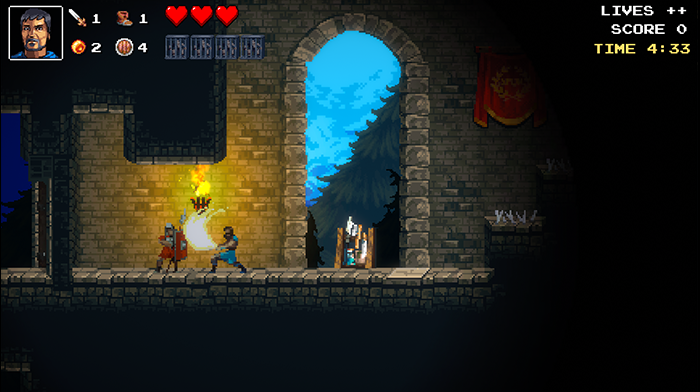 Hands down the best 2D platformer kit.
The Corgi Engine is amazing. Hands down it's the most feature-packed, fastest way to get started on your own 2D Platformer game. The code is extremely well-documented and the author is very good about updating it and communicating with the developers using it.
Fantastic price for everything you get with it. Also, the corgi is adorable.
- Kat Bella

Perfect
If you are new in the Unity world, this is your asset. It has almost all what you need to create your game, a big amount of resources and scripts that are perfectly commented. Only changing the sprites you will have your own game working. The code is so simply and clear that you can find all so easy and add more without any problem. The asset includes some Demos to show you all you can do with it, with a beautiful look and simply to understand. I'm using it to make my 2D game for Android, and it has saved me thousand hours of work, and it has given to me a way to learn about Unity and C#. Apart from Android, CorgiEngine is multiplatform, meaning that you make your game and you export it to PC, Android, Xbox, etc.. And control the character with a GamePad! Also and so important, the support of reuno is amazing, 24/7 (practically =O) to help you with your doubts or suggestions. In conclusion, if you are looking for something to help you to create a game, buy it. Even if you are new in Unity or experimented, you will find it usefull and simply to use. Thanks for this amazing engine and your work reuno. Keep improving it and helping us as you do.
- Jkc_dev

Best asset I've ever purchased!
The Corgi Engine is an essential asset for 2d platform games in Unity. The feature list is really incredible and if you don't see a specific feature that you require for your game, take a look at the development roadmap! Chances are that feature you need is being worked on! As great as this asset is, the best thing about it is the detailed feedback from its developer. I had some small issues with adapting my own game with some of the elements of this engine and I wrote to the developer. Within same day he sent me a detailed response trying to help me resolve my issue and emailed back and forth with me regularly. Within a few days all of my issues had been fixed. If you are trying to choose between the many 2d platformer toolkits available on the Unity Asset Store, pick this one! You will not regret it!
- Daniel Capo